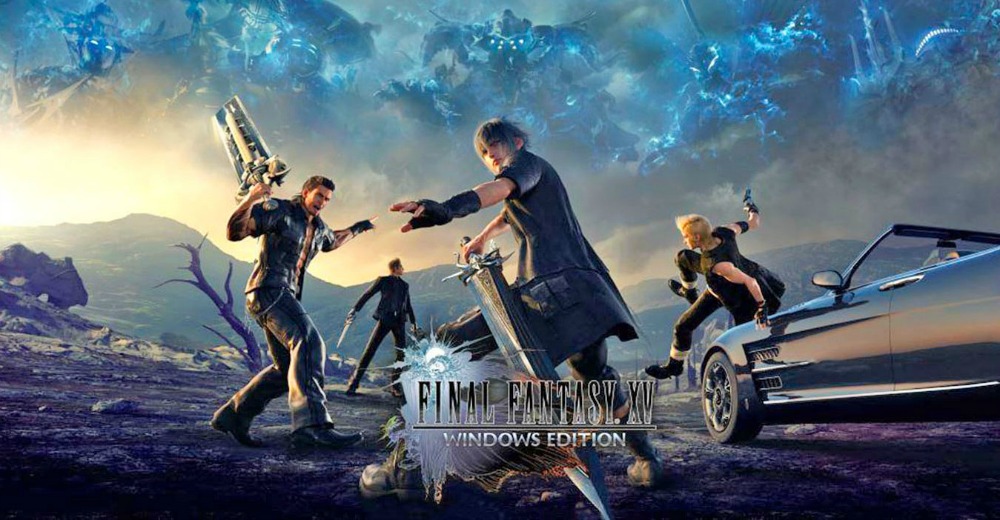 Final Fantasy XV has a bit of a different relationship with weapons than many other entries in the series. In a way, they’re an integral part of the story and of the main character. While there isn’t an infinite list from which to choose, there are enough weapons in the game that making a choice can be a bit tough. Below is a list of some of the best weapons you can equip in Final Fantasy XV.

So what do you think are the best weapons in FFXV? Tell us here.

Here’s a pro-tip – if a weapon has ultima in its name, it’s probably good. The Ultima Blade is actually an upgraded form of a weapon with which you start, so getting it isn’t that tough. If you upgrade it, though, you’ll get a sword that does about as much damage as a greatsword while giving you a fantastic boost to your magic at the same time. This is a must-have sword for the game.

Don’t worry about the stupid spelling – this is actually a great pair of daggers you can grab early on in the game. The daggers stand out because they boost just about every defense stat by ten percent, helping you to survive a lot of early encounters that would otherwise frustrate you with their difficulty. Consider this to be one of the best defensive options in the game.

The Iron Duke is not an easy weapon to get. You’ll have to complete the Legendary Weapons quests to get your hands on it, but once you do you’ll find a weapon that both boosts your health significantly and does a great deal of damage. This is a greatsword that eschews anything fancy for pure damage, so give it a shot if you’re really looking to make an impact and nothing else.

This polearm does a truly insane amount of damage when you manage to pull off its finishing combo correctly. With a great base damage and some fancy-looking moves, it’s a good weapon when you want to add a little bit of flair to your experience. While there are polearms that are a bit more devastating and provide more stat boosts, this one does have the cool factor that is so important in Final Fantasy XV.

This lance is prety much the opposite of the Flayer. Instead of being fancy, it just helps you to increase you critical chance. It doesn’t do anything flashy, but it will help you to take down even big enemies much faster. That boost to the critical hit chance will really help you to knock down some of the game’s more difficult challenges.

How good are you at avoiding damage? If you can stay out of the way of most enemy attacks – or if you have a ton of potions handy – this might be the most deadly set of daggers in the game. With a huge boost to damage when you’re at full health, you can reduce some of the toughest enemies in the game to shreds. While this is definitely a weapon for experts, it is nonetheless a weapon that you need to add to your arsenal later in the game.

Death is the king of status effects in Final Fantasy. When you inflict that status, that’s it – game over, the enemy is dead. While the chance to inflict that status with Death Penalty is fairly low, the fact that it’s there at all makes this one of the FFXV best weapons. Give it a shot if you don’t mind playing the odds – it’s got good damage as it is, so you won’t be stuck even if things don’t go your way.

This one’s a little weird, and that’s why it’s great. When you’re at the beginning of the fight, it isn’t anything special. When you start to get low on stamina, though, this sword shines. It’s the perfect weapon for any fight that looks like it is going to go long, and it actively rewards you for not managing your stamina. Consider this to be the ultimate weapon for those who like to mash buttons during a fight.

These are just a handful of the great weapons in the game. Equipping them can, however, make your experience a lot more fun. Whether you’re looking for something that looks great or something that will make the game easier, these weapons will help you to accomplish all of your goals.