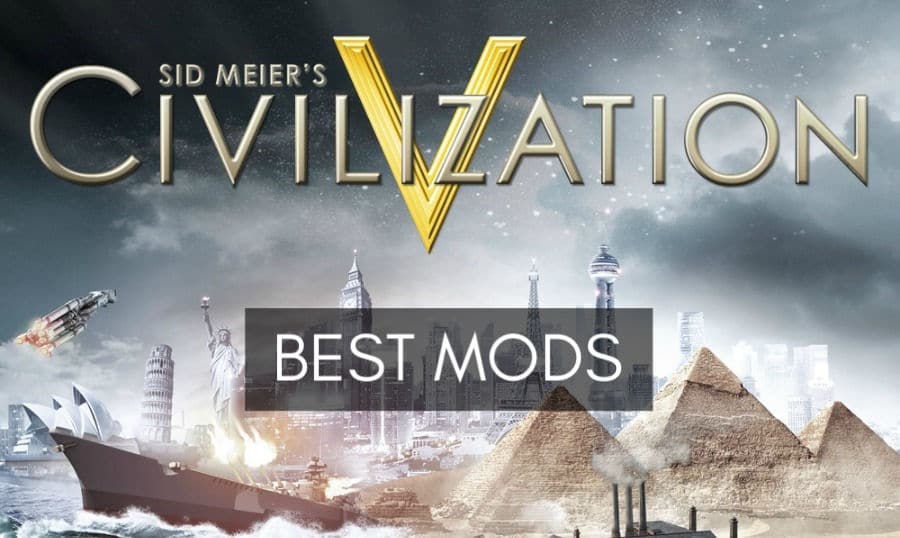 Civilization V was a fantastic game, bringing a slew of new elements to a well-loved series. Now that development has moved past this game and on to its sequels, though, it might feel like the game is dead. In truth, though, there are plenty of ways to bring new life to the game. A dedicated modding community has developed hundreds of additions to the game, some of which are almost necessities for experienced players. Below are just a few of the best Civ 5 Mods.

What do you think are the best Civ 5 mods? Tell us below.

Also known as the Community Patch, Vox Populi is an attempt to keep improving Civ V after the final patches to the game were made. This is less a mod and more an attempt to fix some of the outstanding bugs left as the development team moved over to Civ VI. It’s one of those mods that isn’t terribly intrusive but that can be hard to play without once you’ve got it installed. This is definitely something to try installing even before you’ve played the base game. If you wait until after you’ve played a few rounds, though, you’ll notice the difference.

Civ V does many things well, but it doesn’t do much in the way of helping you set up good scenarios. Really Advanced Setup is exactly what it advertised, a tool for allowing you total control of the beginning of the game. Available on Steam Workshop, this is one of the best Civ 5 mods for those who need to create something truly unique. It gives more options than most players will ever need, but most will find one or two settings that can radically change the way they play the game.

Are you the kind of person who loves graphs? If so, this is the mod for you. A simple interface addition that puts all of your pertinent data in easy-to-read graphs, Info Addict will change the way you play the game. It’s a great tool for those who want to see their progression in one place without having to dig through tons of menus. It has a fairly minimalistic approach to its interface, but it’s enough to help most players. If you aren’t a graph fan, though, you might want to skip this one.

One of the weirdest parts of Civ has always been unit scaling. It’s very hard to see the realistic difference between an infantry soldier and a tank. Thanks to R.E.D., though, you can now see the difference in size a bit more clearly. Most of the R.E.D. mods are actually quite nice, but this one is perhaps the most necessary for the average player. Being able to eyeball a unit and understand its strength relative to others just by size will help you to make split-second decisions with a bit more data.

While Civilization might have the appearances of having a smart artificial intelligence behind the scenes, the truth is that the game is actually kind of dumb. Instead of using intelligent moves, the computer just receives a number of bonuses. Smart AI seeks to do away with that by boosting the game’s AI to allow it to make smarter choices and more realistic moves during gameplay. If you are tired of dominating the computer opponents, this might be the best mod for you. It’s still in rough shape, but it can change the way the game is played.

This conversion mod greatly extends the length of a Civ game by putting players back in the Prehistoric era. Think of it as prequel to the main game, forcing you to take your civilization through early discoveries like fire and the wheel. It’s actually a great replacement for the early stages of the regular game, giving you more to do while you develop new technologies. While perhaps not as polished as some would like, it’s a good way to lengthen your games while making the earlier years seem much more relevant than in the traditional flow of the game.

A Mod of Ice and Fire

This one sneaks in just due to ambition. A total conversion that puts players in the world of Westeros, this rough mod doesn’t work with Brave New World. It does, however, let players direct their favorite houses from the hit series. The map design is exquisite and the choices available resonate, which makes this total conversion much more exciting than most that are made for the game. Don’t expect perfection here, but allow yourself a chance to enjoy the mod if you are a fan of the series.