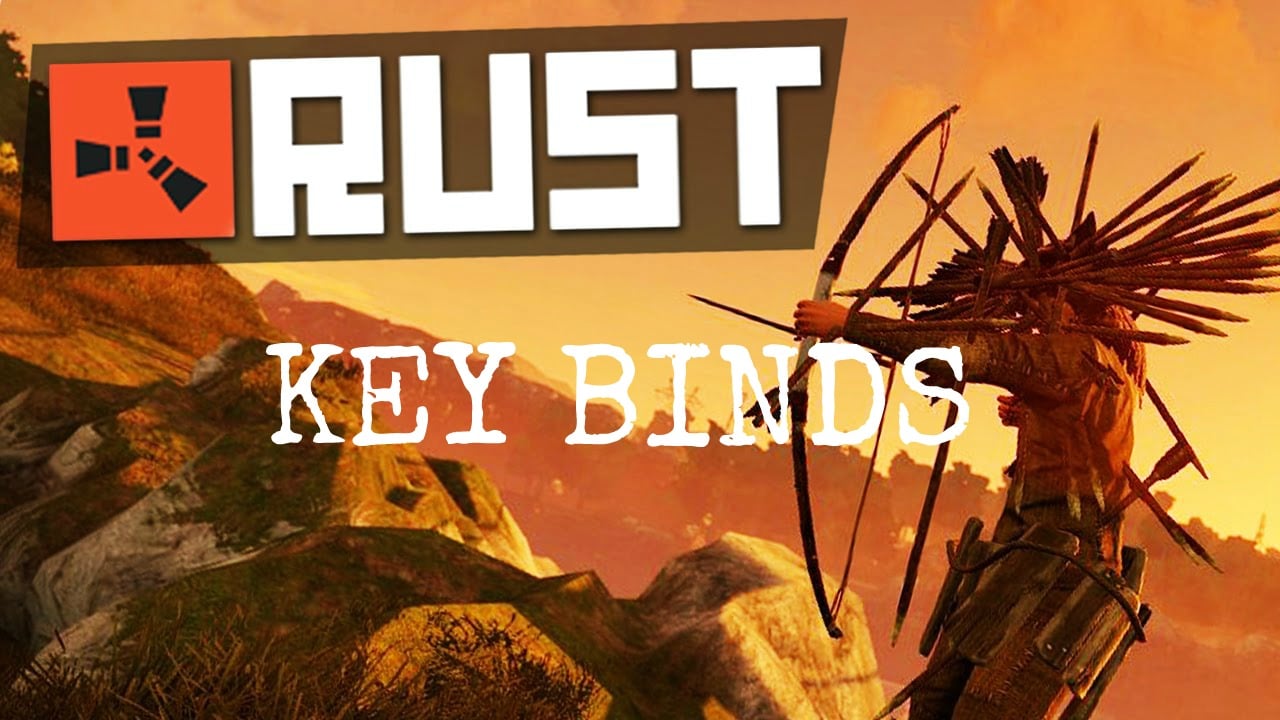 Rust is many things, but easy to play is not one of them. It’s not a bad game by any stretch of the imagination, but it does expect quite a bit out of its players. If you’d like to stop worrying about your keyboard and start playing the game, you might want to start by looking at some of the better keybinds out there. While keybinds work differently for each player, there are some very good reasons to use some of the more popular binds out there today.

Note that Rust’s keybind set-up isn’t just a matter of switching around the default keys. In most cases, it’s binding specific actions to keys that weren’t meant to perform those actions in a single press. In some ways, this can be looked at as automating the game for users. In reality, though, it just provides a basic level of functionality that the game probably should have as a default. Before you can start setting up your own binds, you’ll need to know a little bit about setting up keybinds as well as how you’ll have to interact with the game in order to make sure that all of your binds actually stick between sessions.

There are two ways to set up Rust keybinds. The first can be done in-game, but it will only last for a single session. This is a fantastic way to try out new binds, but it’s not going to help you much when you have to enter a bunch of commands every time you log into the game. This article will function on more permanent keybinds, which does require editing game files. As with any attempt at file editing, it’s highly recommended that you back up your game before you start this process.

You’ll start the keybinding process by opening up your Rust folder. If you’re on Steam, this will be in C:\Program Files (x86)\Steam\SteamApps\common\Rust on Windows. Once you’re there, you’ll want to go to the cfg directory and open up the keys.cfg file with Notepad. You’ll do all of your editing in this file, so make sure to save it when you’re done and to turn the file back to Read Only. Don’t be afraid to experiment a bit with new binds while you’re playing – you might find that some are much more useful for you than others.

There are a few auto-binds that have routinely been used by the Rust community. They fill in holes in the typical control scheme and make playing the game much easier. These binds include:

Creating Your Own Keybinds

Those keybinds are just an example of Rust’s most common binds. In reality, there’s not really a list of popular binds – players simply choose the actions they use the most often and create their own sets. What you really need to know, then, are how to construct keybinds and how to ensure that you get the results you want from the game. Fortunately, this is a lot easier than you might think and should only take you a few minutes to set up.

When you’re making keybinds, you’re really just making minor changes to the configuration file. If you want an action bound to a key, you simply use bind [key] and the action you want performed. Note that you’ll need a list of actual actions in order to make sure they are done properly. Below are just a few:

Figuring out other keybinds requires simply going into the configuration file and figuring out what’s already bound to which actions. If you want a single press to do multiple actions, you just combine them with a semicolon – for example, if you want the E key to make you move forward and crouch, you’d enter bind e +forward;duck. It’s not the most elegant system in the world, but it will allow you to take contorl of your game and figure out ways to make your experience a little easier.